The Magic Moon is a panoramic sphere working as a people mover intended for the transport of cruise ship passengers as a pure entertainment system.

The Magic Moon goes up from the base of the funnel to the top along a rail at a speed of about 4/5 meters per minute both during the ascent and descent phase.

It can work either during the day and during the night when it is particularly suggestive, as at the start position the Magic Moon is darkened, while during the ascent it lights up gradually in quarters until reaching the top fully illuminated, thus making a sort of entire lunar cycle. 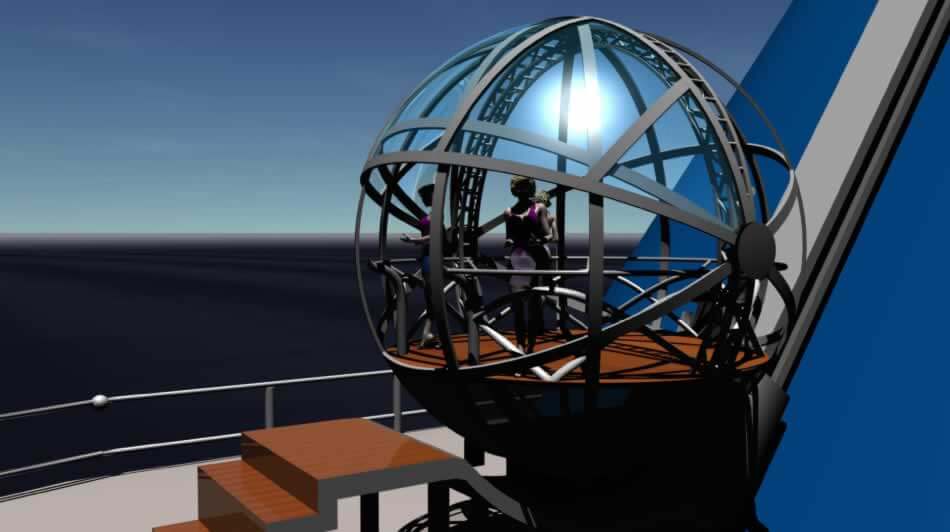 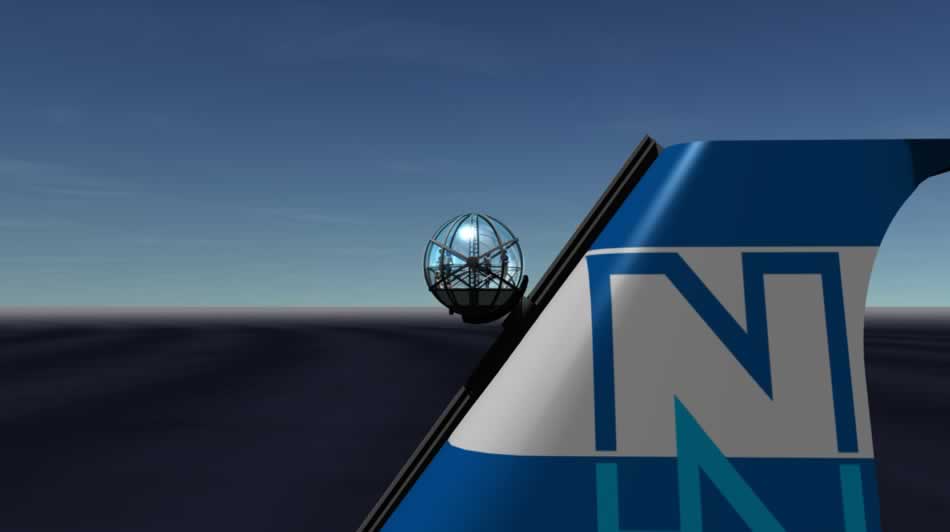 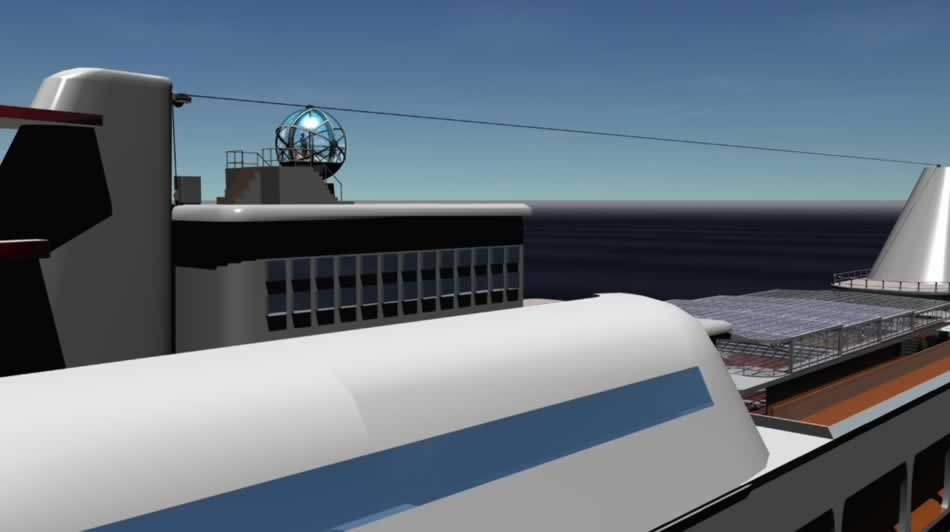 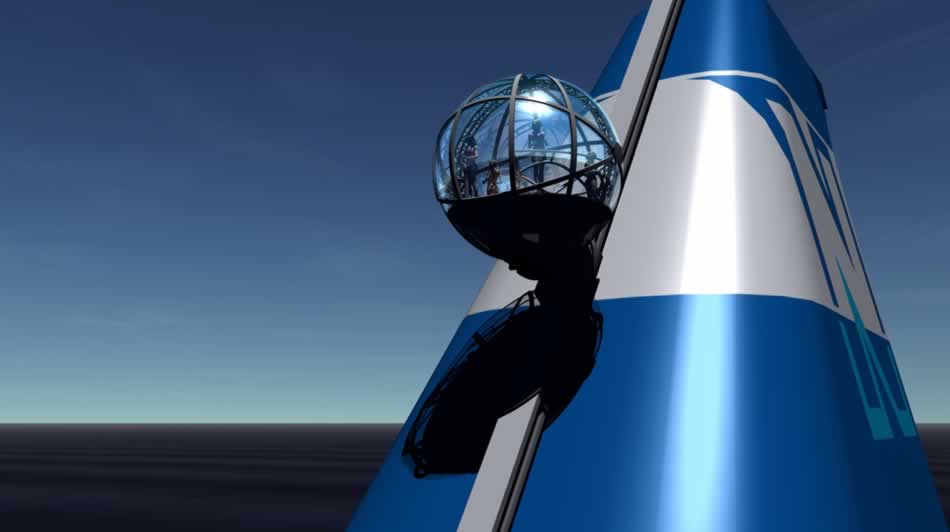 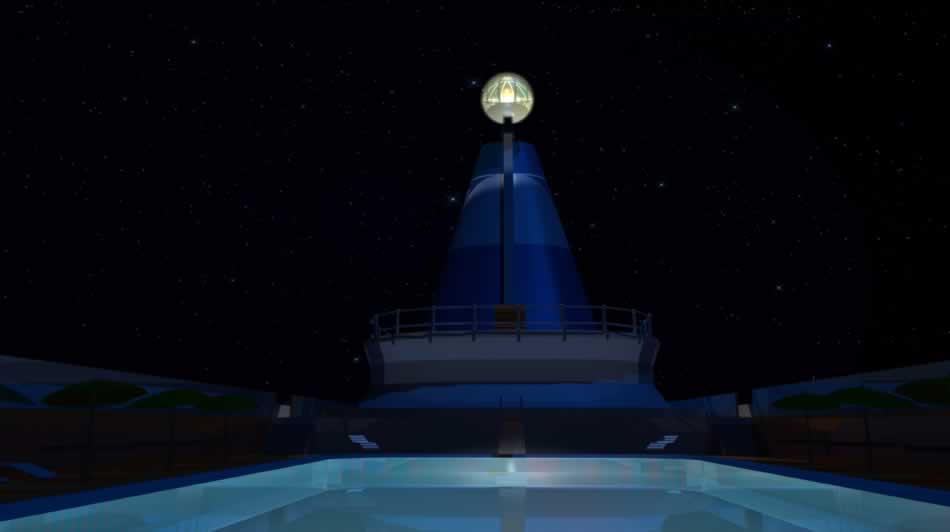 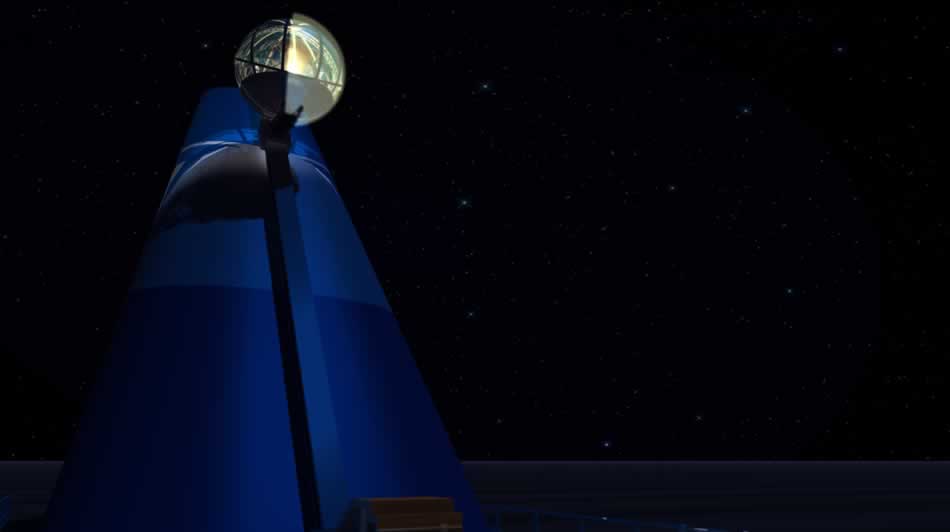 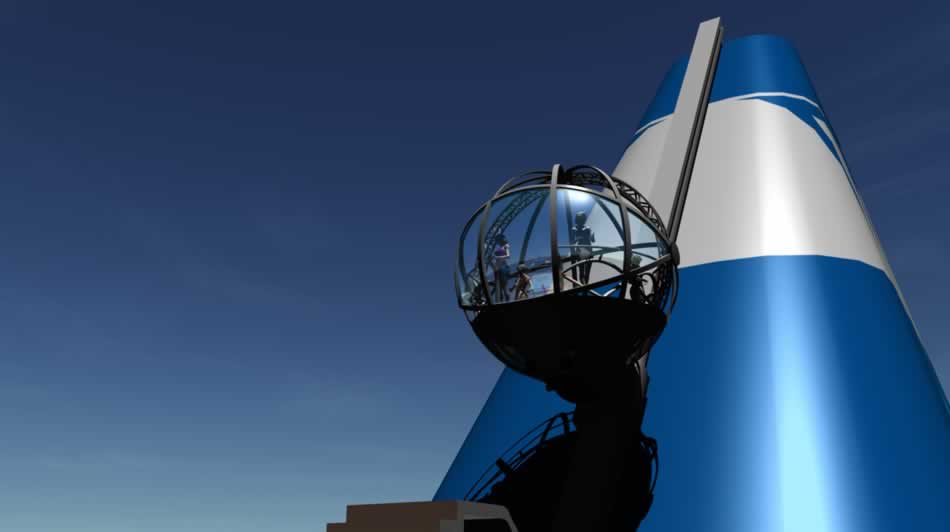 At the base there is a console which commands the ascent and descent of the Magic Moon. The handling system consists of 1 trolley equipped with 4 wheels running on two rails positioned sideways under the sphere. The handling is carried out via a winch connected to two cables with deferments allowing the Magic Moon to climb up and down to the starting position; the system is equipped with an encoder safety system monitoring the speed step by step so in case of variations the encoder intervenes in a timely manner actioning a hydraulic brake that blocks the sphere preventing it from slipping towards the departure station and thus avoiding any possible risk to passengers.

To further protect passengers, in the event of a possible but unlikely mechanical failure, the sphere is equipped with an emergency door that allows people to get out via a side-of-the-side ladder.

The Magic Moon is of course be equipped with air conditioning and communication system with the cabin crew and music entertainment system; it has got a capacity of about 10/12 people.

Service Stations wishing to start
the Qualification Process may contact us
at training@navim.com