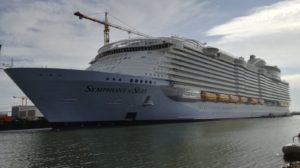 Navim Group worked with great enthusiasm at the Symphony of the Seas for Royal Caribbean International and delivered last 23 March from STX France, as previously done on her sister Harmony of Seas and on the two other Oasis Class ships, and first of their series, Oasis of the Seas and Allure of the Seas, which debuted some years ago in 2009 and 2010 respectively and were built at STX Europe Turku (Finland).

With her 228.081-tons, Symphony of the Seas, is the largest cruise ship ever built so far, her official maiden voyage will depart on Saturday 7th April 2018 departing from Barcelona on a five-night voyage to Italy featuring stops in Naples and Civitavecchia. It is a massive ship, eighteen decks high with the capacity for almost 7000. It is once again a great honor and pride for Navim Group to be a part of it.

On the Symphony of the Seas, as on each of the three other Oasis sisters, Navim Group provided the design, engineering, supply, manufacturing and final commissioning of the Side doors – Mooring Platforms – Mooring Ports/Doors – Hatch Covers – Lifting Platforms for spare parts and provisions – and the Monorail Crane.

Navim Group offers indeed a complete range of access and handling systems to fulfill the needs of loading and offloading passengers, crew, provisions and spares; monorail cranes are designed and manufactured to allow the handling of materials from the quay to the inner part of the ship. Our design expertise is based on our own record tracks as well as on owners and operators tailored requests.

Navim Group is a global brand of excellence leader at international level in the engineering, construction and commissioning of marine equipment for passengers and merchant ships, navy offshore and mega yachts with records for 20.000 systems and equipment provided and refitted on more than 200 Cruise Ships, 200 Ferries & Roro Ships, 25 Offshore Ships, 40 Military Ships, 270 Cargo Units, 15 Mega Yachts and Countless Special Projects. 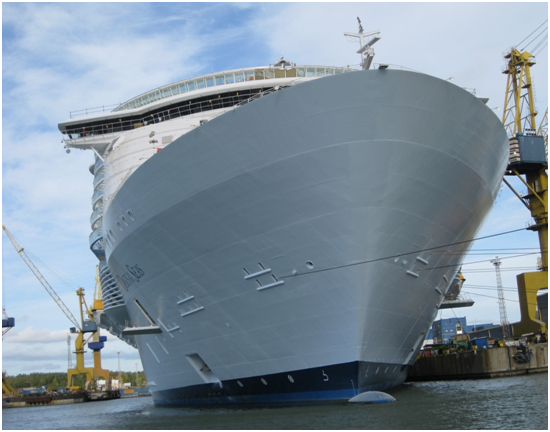